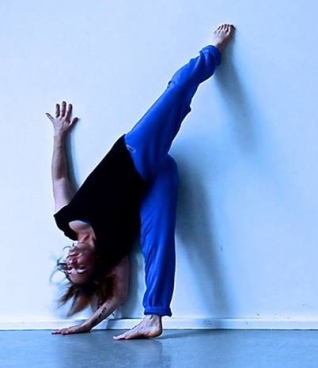 Cathy Coughlan is a multidisciplinary artist based in Dublin. Supported by The Arts Council Cathy trained as a professional dancer in the UK (1994-97) and continued her arts training with The National College of Art and Design, gaining a B.A. in fine art (2005), where her practice, deeply rooted in dance, primarily developed through video installation and performance. In June 2016 Cathy presented a series of Digital Dance Works OIL&WATER, which marked the end of 18 months as Dance Artist in Residence at RUA RED Arts Centre, supported by The Arts Council and South Dublin County Council. Cathy received the same award in association with The Dunamaise Arts Centre in 2012.

In 2015 Cathy was awarded Create’s – Artist in the Community – Bursary Award – where her research focussed on new modes of collaborative practice through screen based technology. This research culminated in the co-founding of HAVOC Dance Company (a remote company  centred around the expanding definitions of dance/performance – www.havocdance.com). In 2014 Cathy choreographed and directed SOURCE, a production for Tiger Dublin Fringe Festival, which gained two award nominations. Most recently her film work was presented at Light-Moves festival of Screen Dance (Nov 2016).

Cathy has presented on numerous panel discussions and has twice been invited as a panelist for The Arts Council – dance bursary selection. In May 2016 Cathy presented at Dance Talk’s – A Dance Ireland Initiative – on the topic of ‘Embracing the digital world in a modern arts practice’.